8 Reasons Why You May Relapse After Accutane 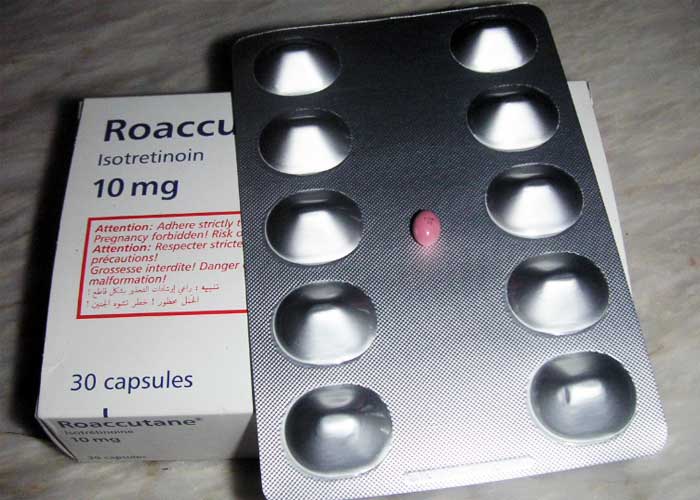 When under the care of your dermatologist or doctor, Isotretinoin or Accutane is mostly considered safe and one of the most effective treatments for severe acne.  Most patients are free of acne after 4 to 6 months of treatment.  But can acne come back after accutane? The unfortunate answer is yes,  some people will have a relapse after taking Accutane and the long term cure rate is actually a lot lower than what people expect.

Can you relapse after Accutane?

Yes, The relapse rate for Accutane can be as low as 10% to as high as 60% depending on dosage and length of treatment.

The factors that determine if you will relapse after Accutane:

Accutane (isotretinoin, Roaccutane, Claravis, etc) is one of the world’s most commonly prescribed acne treatments.

A lot of people have turned to Accutane to clear their severe acne or acne that has been resistant to other treatment methods. This is often people’s last resort, not only because doctors aren’t “supposed” to prescribe it as a first-line treatment (they would rather jump right to harmful antibiotics), but also because there is a lot of fear-mongering surrounding it as a treatment. People are worried that they’re going to cause serious damage to their bodies by using it, even though side effects like that are very rare. Thankfully, isotretinoin is considered safe.

Regardless of the stigma surrounding it, Isotretinoin remains the most effective treatment for severe acne, as well as cases of more moderate acne that is unresponsive to other treatment modalities. Accutane however is not always a permanent cure for acne. Anywhere from 10% to 60% of patients may experience acne again in the future.

To date, the efficacy of isotretinoin has not been superseded by any other treatment, and over two decades later isotretinoin remains the most clinically effective anti-acne therapy, producing long-term remission and/or significant improvement in many patients. This is why people opt for it – it’s almost a sure thing.  For example, here’s some before and afters of Accutane:

Most patients who receive oral isotretinoin or Accutane will be free of acne by the end of 4–6 months of treatment depending on the dose.

However, recent clinical experience suggests that the long-term cure rate may be lower than was initially thought, and Accutane relapse rates may be higher, depending on a variety of variables (1)(2)(3)(4).

For some, it may be a permanent cure to acne, but acne can come back after Accutane for 10% and 60% of patients.

Here are 8 reasons that you may relapse after Accutane:

One explanation might be due to the fact that isotretinoin is now used to treat patients with less severe acne. These cases respond extremely well, and then patients expect to remain clear, whereas the initial cohorts of patients had severe disease and were less concerned by the resurgence of a few spots. This means that people with severe acne who used Accutane wouldn’t consider the development of a few pimples after treatment to be a relapse, whereas people with mild acne who used Accutane would.

Some patients will not accept even minimal disease; however, this speaks more to a patient’s own reservations, and not necessarily the efficacy of the product. So if you took Accutane and your skin cleared up, but then you still get regular pimples afterward – don’t panic – it’s probably just something in your diet or lifestyle that needs to be tweaked. You likely don’t need a second course.

There is increasing evidence that younger patients relapse more readily than older ones. This is likely due to the fact that older patients generally experience fewer changes and shifts in hormones as they age, while younger patients have many years of hormonal changes before them.

This is not to suggest that young patients should avoid Accutane – just that they should be aware that they are at risk of a higher relapse rate. With that being said, using isotretinoin early on in the development of severe acne may lessen scarring, both emotional and physical, and relapse later in life may be less damaging than hard-to-clear scarring.

3. The Medication Absorbed Depends On What You Took It With

Early studies with isotretinoin found that it was 1.5 – 2 times more bioavailable with food ingested one hour before, with, or one hour after dosing than when given during a complete fast.

Having a meal with a larger percentage of fat can increase the absorption of isotretinoin.  As the oral bioavailability of oral isotretinoin is variable and highly dependent on administration with food, it’s likely that earlier relapse may occur if patients often took isotretinoin on an empty stomach, thus leading to lesser actual cumulative drug exposure despite the daily dose administered.

When taken without food, fasted isotretinoin plasma levels can be nearly 70% lower than levels measured when taken with food. Alarmingly, peak plasma concentrations between fed and fasted conditions can vary by a factor of nearly threefold, which may potentially affect both efficacy and safety.

To ensure more consistent gastrointestinal absorption and maintenance of therapeutic blood concentrations, all conventional formulations of oral Isotretinoin should be taken with food, preferably with a high-fat meal (at least 30-35% of calories – which is an ideal amount of fat for a teenage or adult woman to maintain healthy hormonal balance anyway). Aim for healthy non saturated fats as found in nuts and avocado.

4. How Big Your Dose and How Long Your Course Lasted

Post-therapy relapse is minimized by treatment courses that amount to a total of at least 120 mg/kg, but there is not necessarily an added benefit when 150 mg/kg is exceeded. Relapse has been shown to be more common with the lower daily doses due to less cumulative drug exposure over time.

Nevertheless, some patients receiving higher daily doses also relapsed within the first few years after completing therapy (1)(2). The reasons for these high-dose relapses could be caused by any of the factors mentioned here. The rate of relapse requiring retreatment with oral isotretinoin was highest in those patients treated with 0.1mg/kg/day, which was twofold higher than with 0.5mg/kg/day, and fourfold higher than with 1mg/kg/day.

So how long and how much of isotretinoin is taken (in consideration with how much is absorbed via proper consumption practices) may determine how well your body responds, and the risk of relapse.

Demographic factors, such as age, sex, and how long someone has had acne, may also affect rate of response and relapse. Males with extensive truncal acne, more severe acne, and/or suffering from acne for less than 7 years, tend to have a poorer result and relapse more quickly than, female patients with predominantly facial acne of a less severe grade. The risk of relapse was twice as high among men.

Analysis of slow responders to isotretinoin shows that the cause may also be due to the presence of hyperandrogensim. Unusual variants may lead to slow response and some female patients with hormonal dysfunction, due, for example, to a polycystic ovarian syndrome, may need additional treatment with a hormonal preparation. The risk of relapse was  3.5 times higher among women not receiving antiandrogen therapy; maintenance treatment with androgen treatment in women helped to  prevent relapse.

7. Some People Can’t Metabolize It Well

Some patients do not appear to metabolize isotretinoin as well as others and therefore may require higher doses. Mucocutaneous side effects, particularly cheilitis, are usually a good measure of absorption. If you aren’t experiencing increased dryness around your lips with increased dosage it’s likely your body isn’t absorbing the medication well enough, and this may lead to an increased risk of relapse.

8. The Fact That There Isn’t one True Cure For Acne

Plus, there is a simple fact that acne is a disease that has no cure. We are never truly cured of acne – we are just in remission. Drugs like Accutane are the most effective available medication for putting acne in remission, but it isn’t a guarantee.

Some people need more than one course, some people need longer courses, higher doses, etc. No matter what, though, there’s no guarantee that acne won’t come back – ESPECIALLY when our hormones are still changing.

However, while Accutane is not always a sure thing solution, and relapse after Accutane may occur (it is usually less severe), it does offer patients a much longer remission time than other treatment options available to them, sometimes several years. Further courses of therapy are usually successful when required, and each subsequent course generally further reduces the risk of relapse. There are no reports of cumulative toxicity from using repeat courses and tachyphylaxis has not been noted.

So, it’s not that Accutane didn’t “work” – it’s that there may be variables that affected the long-term remission of your acne. Don’t be discouraged – there’s still hope!

Here are some Accutane Before and Afters

Accutane provides great results for most people. You can see the below results from Kali myfacestory after a 6-month course of Accutane.  Although she relapsed after Accutane and had acne come back, it wasn’t nearly as severe as her original acne and she’s learned to be more confident in her skin.

As you can see, Accutane provides great results in a reasonable amount of time. If you’d like to know about Accutane, read about its side effects and properties here.

What Counts As An Accutane Relapse?

Relapse of acne after an initial course of isotretinoin may refer to a re-emergence of acne that ranges in severity, and varies to the types of acne lesions (i.e., comedonal vs. superficial inflammatory vs. nodular), and differs in the type of retreatment that is used (topicals only, topicals + oral antibiotic, second course of oral isotretinoin).   So basically, an acne relapse after Accutane could mean any form of acne coming back from mild, to severe.

Accutane relapse rates in patients with acne after treatment with oral isotretinoin vary between 10% and 60%.

In lower-dose treatment groups the acne relapse rate is around 47% compared with 27% in the high-dose group. So, in some cases, relapse rates can be quite high, and in other cases, they are quite rare in a several-year period.

Can I Take Accutane Twice?

Yes, you can go on another course of Accutane after the first course is completed if more treatment is required.  For some people who have had their acne return after Accutane, a second course knowing the history and total dosage and length of the initial treatment is needed so create an adjusted dosage.

Possibly something where the dosage is gradually increased, and taken over a longer period of time for a period of 2 extra months after all acne is cleared.  If the acne is mild, other topical alternatives may be explored first before deciding to go on another course of Accutane.

Will I Have Acne Scars After Accutane?

Accutane won’t heal acne scars, it only treats the acne.  Accutane won’t cause acne scars either.   The acne scars that may remain after Accutane could have been there before taking the medication, or it could be scarring that is caused by the new acne forming during the purging process of Accutane.

Recommonded product for acne scars is the: Banish Kit 2.0 To Reduce Look Of Acne Scars – $99

The Banish Kit is based off of collagen induction therapy also known as microneedling.  This shouldn’t be used until after finishing the Accutane course, and many have seen a large improvement in their acne scars with consistent use after a couple months.

I first got acne in high school, and it came back in my early adulthood. I was able to struggle through those difficult times and come out of it a stronger, wiser, healthier person as a result. I’m here to help you do the same thing!